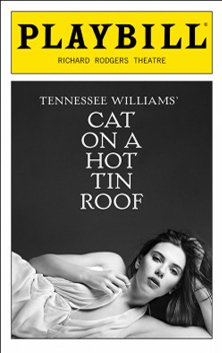 This Broadway Star Is Just 1 Step Away From an EGOT After Oscar Nod~article from Fortune.com

Look how far he’s come! Hamilton writer-actor-composer Lin-Manuel Miranda is now only one step away from claiming the coveted EGOT title thanks to his Academy Award nomination for Moana‘s “How....Read More

The Casting Society of America has announced the nominees for the 32nd Annual Artios Awards. The ceremony, which honors excellence in casting in all forms of entertainment, has included some....Read More

Lin-Manuel Miranda's smash hit "Hamilton" is everything (you don't win sixteen Tonys by just being mediocre). It's also pretty much about everything: it manages to cram musings on history, passion,....Read More

HAMILTON, THE COLOR PURPLE & MORE LIGHT UP THE 2016 TONY AWARDS~article from Broadway Black`

On Broadway’s biggest, and now most historic night, ten of the 14 Tony-nominated musicals of the 2015-2016 season brought light and life to the CBS telecast held at the Beacon....Read More

Tony Awards 2016: Winners list, from ‘Hamilton’ to ‘The Humans’~article from AM New York

We knew it could happen: a "Hamilton" sweep. The must-see-but-can't-obtain-tickets-for musical went into the ceremony with an unprecendented 16 nominations.  Lin-Manuel Miranda and his hip-hop musical did go home with armfuls....Read More

When banker turned Broadway backer Roger Berlind, producer of Nine and Proof, was invited to a workshop for a frolicking musical satire about hapless American missionaries transported to a war-torn, AIDS-ridden village in modern....Read More

We never thought we’d say this, but we’re so glad someone caught Patti LuPone on Facebook Live. The Tony-winning grande dame took to the streets outside the Richard Rodgers Theatre....Read More

The producers of “Hamilton,” a show that could well make hundreds of millions of dollars, on Friday bowed to pressure and said they would share some of the musical’s profits....Read More

Watch These Kids Slay A Song From “Hamilton”~article from Buzzfeed.com