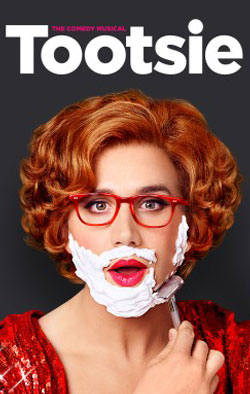 Fresh off his Tony win for The Band’s Visit’s score, composer and lyricist David Yazbek is back on Broadway with a new musical based on the classic 1982 film Tootsie. Yazbek is joined by book writer Robert Horn (13; Dame Edna, Back with a Vengeance), choreographer Denis Jones (Holiday Inn) and director Scott Ellis (She Loves Me). The cast is led by Tony Award nominee Santino Fontana (Crazy Ex-Girlfriend, Cinderella) and Lilli Cooper (SpongeBob SquarePants).

SYNOPSIS – Michael Dorsey is a talented but difficult actor who struggles to find work until an audacious, desperate stunt lands him the role of a lifetime.