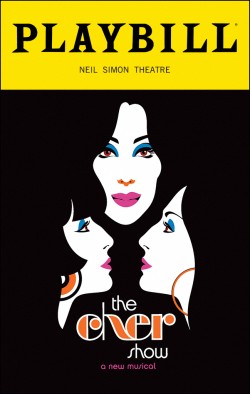 Recognized for her influential contributions to music, film, television, fashion, and popular culture, the Grammy, Oscar, Golden Globe, and Emmy award-winning entertainer’s life story will be brought to stage in this new musical featuring her beloved chart-topping hits, including “If I Could Turn Back Time,” “Believe,” “I Got You Babe,” “Strong Enough,” “Half Breed,” “I Found Someone,” “A Different Kind of Love Song,” “Take Me Home,” and “Gypsies, Tramps, and Thieves.”

SYNOPSIS – The Cher Show is based on the life of Cherilyn Sarkisian La Piere Bono Allman or as her friends call her, Cher! The kid on a tricycle, vowing to be famous. The teenage phenom who crashes by twenty. The glam TV star who quits at the top. The would-be actress with an Oscar. The rock goddess with a hundred million records sold. The legend who’s done it all still scared to walk on stage. The wife, mother, daughter, sister, friend. The woman, looking for love. The ultimate survivor, chasing her dream. They’re all here, dressed to kill, singing their asses off, telling it like it is. And they’re all the star of The Cher Show.