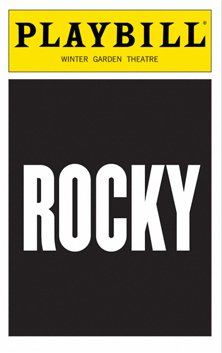 Rocky brings to life the story of struggling small time Philly boxer, Rocky Balboa, who gets a once-in-a-lifetime shot to go the distance against heavyweight champ Apollo Creed. The new musical is based on the Academy Award-winning film of the same name, which starred co-librettist Sylvester Stallone in the title role.