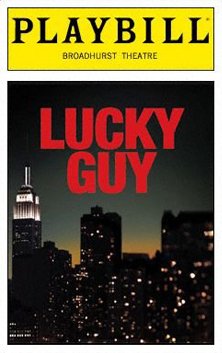 LUCKY GUY marks a return to Ephron’s journalistic roots in a new play about the scandal- and graffiti-ridden New York of the 1980s, as told through the story of the charismatic and controversial tabloid columnist Mike McAlary, who won the Pulitzer Prize shortly before his untimely death on Christmas Day, 1998.