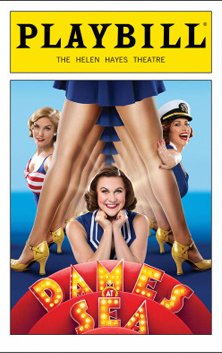 Dames at Sea premiered off-Broadway in 1968 and ran for 575 performances – now the musical farce returns in its first-ever Broadway production.

Synopsis: Ruby steps off a bus from Utah and into her first Broadway show, but hours before the opening night curtain is to rise, the cast learns their theater is being demolished. So Ruby and the cast, with the help of some adoring sailors, set a plan in motion to perform the show on a naval battleship.