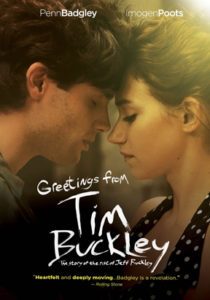 Greetings from Tim Buckley follows the story of the days leading up to Jeff Buckley's eminent 1991 performance at his father's tribute concert in St. Ann's Church. Through a romance with a young woman working at the concert, he learns to embrace all of his feelings toward the father who abandoned him - longing, anger, forgiveness, and love. Culminating a cathartic performance of his father's most famous songs, Jeff's debut stuns the audience and launches his career as one of the greatest young musicians of his time.